I was introduced to Common Change via a friend in my neighbourhood. I am now part of a Common Change group with some friends in Old Trafford, to support people with any immediate, short term needs they may have. 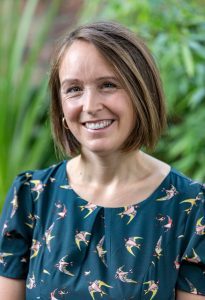 The idea of having a relational pot of money that is very easy to access attracted me to the concept. You don’t have to jump through a million hoops to get a few hundred pounds. People can write a couple of sentences and that will usually get them funding because it’s being given to someone they know.

There are community chest pots out there but often there is a specific criteria such as being a group with a governing body. They seem to be top down whereas this is bottom up and that’s important. The common change group I’m part of can be easily used for helping a single mother or father who is going through a bit of a tough time, for someone who has just had their house burgled and didn’t have house insurance, or for someone who needs a musical instrument in order to progress and practice. It’s very much based on relationship and I think that’s what is so inspiring.

I also like the fact that in my group there is a geographical element. We are giving into this pot because we want to give back to people in our community. We don’t know where it’s going to go but we know it’s going to people here in Old Trafford who will appreciate it. I met a young person through our lodger. As I got to know a bit about his story, I realised he was a very passionate musician but was self taught, just using school keyboards. He came to our house one day and was playing some beautiful music and as I talked to him a bit about his music I realised he didn’t have a keyboard. I thought “that’s crazy!” as he had to either stay late at school or borrow a friend’s keyboard. He didn’t have one that he could just play on.

I connected with my Common Change group suggesting we buy him a keyboard. I didn’t discuss it with him before as I wanted to check in with my group first and didn’t want to get his hopes up. Everyone said it was a great idea so I got in contact with him and told him we’d like to buy him one and what would he like? I told him about this local fund that was happy to fund up to £120 towards a keyboard. He was blown away by it and was really surprised. He wanted a portable one as he performs, so he also put in some money for a stand. I was asking him – “Is this something you’d like? What kind of keyboard would you like? This is the budget that we’ve got.”

A few weeks later, I invited him to a small church group I’m part of in the neighbourhood and he was pleased to come along and play for us, including some songs that he’d written himself. He’s still a teenager so who knows where that will go in the future? The amazing thing about him is he has the confidence to put himself forward. He will pursue things that he believes in. I saw that in him and wanted to support his potential.

One of the great things about Common Change is that it is anonymous like a trust fund. People don’t necessarily know who is giving into it or how much. There’s much less of a stigma attached to giving a gift through Common Change than saying, “Can I lend you £100?”. I expect most of us would find it quite hard to receive such a loan offer. You might even get people who have been a recipient of the giving who, when finances change want to get involved in giving themselves. To me, Common Change is common sense. I’ve got a bit of extra cash, you need a bit of extra cash. Simple.

We often share things, our possessions, but sometimes people need money, not just ‘things’. I view Common Change as ‘Streetbank’ or ‘Nextdoor’ for my finances. For me it’s along similar lines. I love the concept rooted in abundance that if I’ve got a possession or money I can say to people – “if you need it here it is”.

Laura is married to Ben and has two children. She is passionate about helping people to communicate well, especially in times of conflict and tension. She works as an independent trainer, mediator and facilitator and loves running sessions on active listening and communication skills for Peacebuilders.